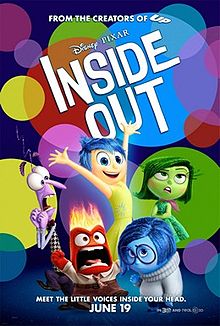 Just look at how our society is handling climate change, our crumbling infrastructure, and the widening wealth gap. If it were socially acceptable to share emotions besides Joy, then perhaps the issues we face as country would not have to reach the brink of disaster before we do anything about them.

I personally have encountered this bias in favor of optimism. To use another children’s entertainment analogy, I am more of an “Eeyore” than I am a “Tigger” or a “Pooh.” Like Eeyore, I tend to be very critical. Yet I often have to hide my inner Eeyore because most people live under the spell of our cultural optimism, and to them all criticism, no matter how constructive, is bad.

I resent this state of affairs because I have to censor myself while optimists get to be their authentic selves without social consequences. Usually, they aren’t held socially accountable even if their persistent positivity relies on a dishonest view of reality. People trust optimists because optimists make them feel good, even if that feeling is rooted in a lie.

Meanwhile, Sadness-oriented people like myself waste years of our lives struggling with anxiety and insecurity, convinced there is something wrong with us rather than embracing the strengths of our gloom-oriented brains.

People who let Sadness do the driving are great at anticipating problems and solving them before they grow into disasters. If our culture, like Joy in the movie, would learn to listen to them without judgment, we would all be better for it.