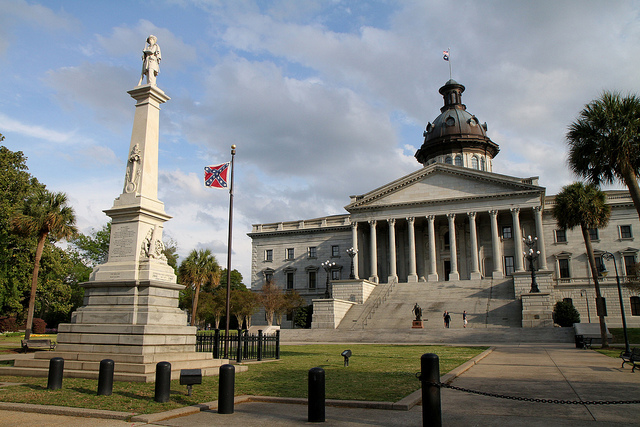 Until we can sit across from people who are different from us and listen to them without prejudice, without preconceptions, without censorship, without stereotypes, without ignoring what they are saying just to make ourselves more comfortable, then taking down a flag will be nothing more than a token gesture we make to avoid doing the hard work of actually acknowledging each other’s humanity.

That flag has a powerful symbol on it, but sticking it in a museum won’t solve the undeniable fact that racism is still a problem in this country.

Only talking and listening to each other will.

Removing the flag will make us feel good. But if we let the responsibility end there, if we allow White America to go on pretending that racism is a thing of the past, then we have failed the men and women who died in that church.