The One and Only Peggy Rae 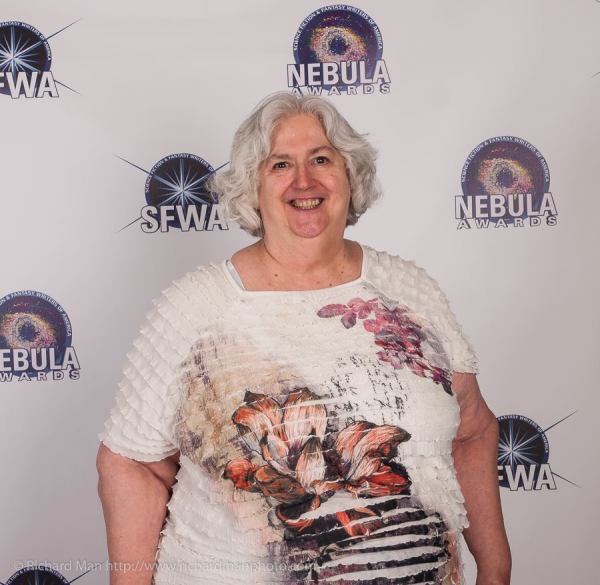 I just got the news last night. I got home from the mountains super late, and I couldn’t really process it until today.

The first con I ever went to (Capclave) is one of the cons Peggy was always heavily involved in. Capclave set the bar high (it still does), and I have compared every con I have attended to that standard. Every con I went to that had Peggy Rae working behind the scenes met that bar, or set it higher.

The wonderful thing about Peggy Rae was that she was one of those rare people who could be simultaneously supportive and terrifying. She never failed to acknowledge good work or send help when you needed it. As long as you were upfront with her, she was flexible, understanding, and went out of her way to make sure you had everything you needed even if you just told her you were going to blow a deadline to smithereens.

At the same time, Peggy Rae suffered no fools. When something got in the way of her con, her words became a magical sword that could slice through bureaucracy, slay con drama, and dice egos in the blink of an eye. She was a force to be reckoned with, and most of that force came from a keen set of negotiation skills. If I was ever a hostage, I would have told the FBI negotiator to shut his cakehole and call Peggy Rae.

I got on well with Peggy Rae because I was a dependable volunteer, and if she told me to go do something, I would go do it. She attempted to cultivate me as an organizer, but I never had the attention span for it. I think that was always somewhat disappointing to her because there aren’t a lot of young folks involved in running cons. There are lots of young fans, and even more young aspiring writers, but not as many people interested in making the cons happen. Perhaps she worried she was witnessing the end of an era.

There is no doubt Peggy Rae’s departure marks the end of an era. Never again will there be a con like the ones she put together. Yet, thanks to her, fandom has a strong foundation to work with, a set of traditions we can build from, and a vision of excellence that we can strive to match.

One thing I do know for sure, is that if I ever find myself in a jam at a con, I will always ask myself, “What would Peggy Rae do?”

And the answer almost always will be, “Meagen, dear, just get it done.”