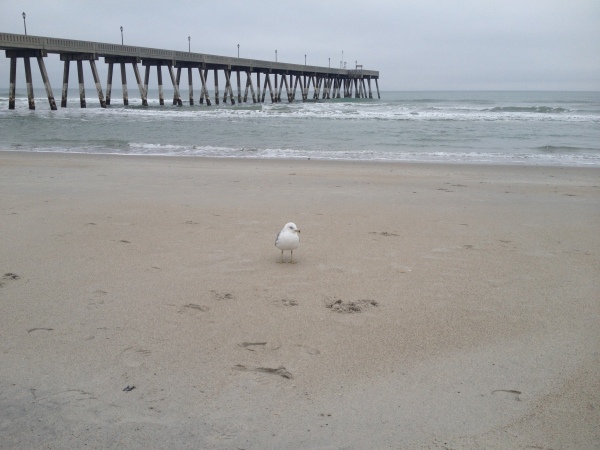 There’s no point in freelancing unless you take advantage of some of the perks.

So when it was freezing, rainy, and miserable in Chapel Hill yesterday, I headed to Wilmington. Not only was it twenty degrees warmer in Wilmington, but my friend and teacher Matt White opened for Orlando Jones at TheatreNOW.

Yes, that would be Orlando Jones of Sleepy Hollow and Evolution fame. I felt for him being the guy who was (literally) the butt of the body-snatcher jokes in Evolution, but there was really no one else on the cast who could balance the squick factor with the comedy quite like Mr. Jones.

Matt killed the opening act despite some lady obnoxiously laughing at all the wrong moments. He got the cougars in the front row all riled up and left the audience rolling on the floor when he finished with his trademark “White Power” joke.

Then Orlando stormed onto stage, his energy just as frenetic and abundant as it is on screen. Watching him was both invigorating and exhausting at the same time. A lot of comics can get away with just standing there and spouting cleverness, but I absolutely love it when a comic uses the stage. Orlando Jones did not disappoint. He was all over the place. He even had to towel off between jokes.

I loved seeing two performers with two different styles succeed on stage. Matt’s calm and cool captivated the audience just as much as Orlando’s infectious energy. It was beautiful to watch.

After the show, I spent a few hours talking to Matt and the time got away from us. I left intending to drive back to Chapel Hill, but realized pretty quickly that I was too tired and checked into a cheap motel for the night.

I got up, picked up a breakfast biscuit, and headed to Wrightsville beach. As you expect on a cloudy, winter day, the beach was nearly empty. The only people I saw were distant dots near the fishing pier. It was glorious.

I went for a walk, checked out a fishing pier, then wrote until my fingers got cold. I sent emails in between trying to convince a seagull that I had no food to over her. She didn’t believe me.

All in all, it wasn’t a bad office. Especially when (darn) the power on your laptop battery dies and all you can possibly do is close your eyes and listen to the waves crash against the sand.