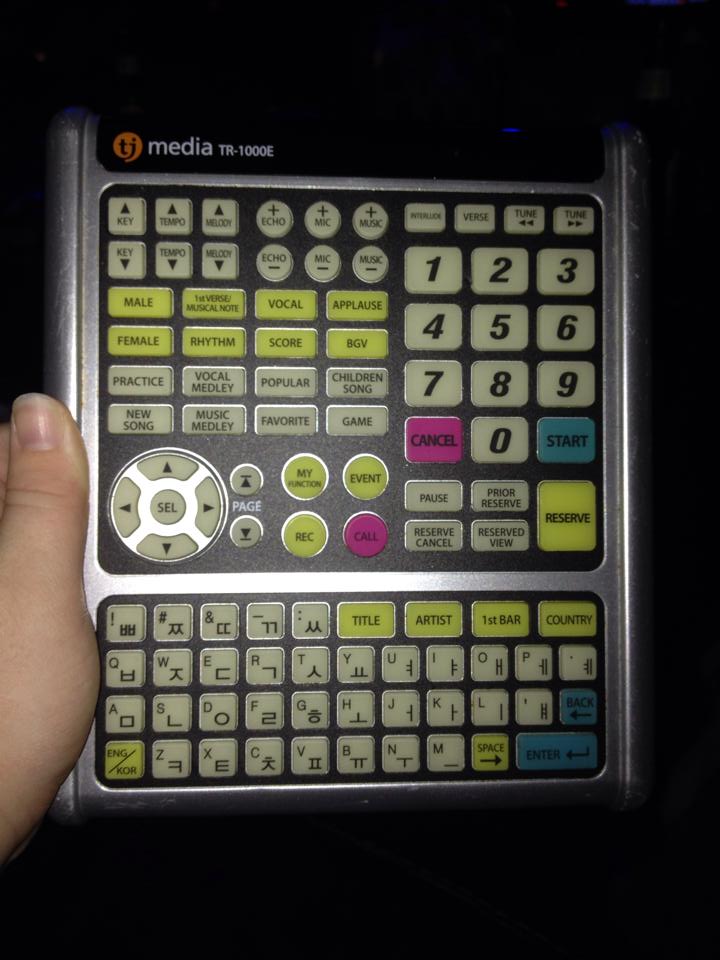 Given my love for all things Asian and my tendency to belt out Broadway tunes mid-conversation, you’d be surprised I have never done Asian-style karaoke. I always had a vague idea what was involved: A group of friends crooning away in a kitschy private room whilst consuming copious amounts of overpriced booze. But I never knew how truly epic it is–until this weekend.

Bianca, adventure-organizer extraordinaire, invited the DSI crew out to Star Karaoke in Durham so we could sing away the weirdness that happens after auditions. I would link to Star’s website, except they don’t seem to have one. A damn shame, in my opinion, because the place wasn’t nearly as packed as it should be on a Saturday night.

The shopping center I pulled into was dark and spooky because the only things open were an Indian restaurant and the karaoke bar. And I was wondering if I even got the right place because all the storefront windows of the karaoke bar were blacked out. I nearly texted to Bianca to ask if “karoake” was code for “sex club.”

You probably could have sex in one of the karoake rooms if you were really determined. Because one of the first things I noticed when I stepped inside was how quiet the bar area was. Props to Star Karoake for whatever sound-proofing they installed because it could mute a jet plane.

The second thing I noticed about the place was the cleanliness. Every other time in my life I’ve done karoake it’s been at some dive bar where the lights are turned down to hide roaches big enough for you to saddle up and ride. Star Karaoke had not one speck of grime. Even their black leather couches, which you think would be beyond disturbing to view under a black light, were buffed to a shine. I didn’t see their health department rating, but I imagine they received the county’s first and only 110 rating.

Each room came with spacious leather couches, disco balls, and a karaoke machine so technologically advanced I wondered if a NASA engineer designed it in her free time. One look at this mind-boggling remote shows you how friggin’ serious Asians (in this case, Koreans) are about karaoke. For each song, you can change the tempo, the key, and even adjust the balance between harmony and melody. Plus, if the drunken cheers of your friends ain’t enough, just hit the Applause button. Instant ego boost.

Our first fifteen minutes were spent trying to figure out the iPad-sized remote. Then when we did finally figure out how to play a song, we marveled at the insanity of the stock film footage playing along with the songs. It seemed to me like someone had collected every random moment possible in Asian television, from pouting in a rain storm to getting murdered in an elevator, and put them all on shuffle. There was even footage of a man in a suit flinging a wet teddy bear around on a beach. If there’s any cultural significance behind that, I’m not sure I want to know what it is.

Of course, the digs are only part of the karaoke experience. Even with an applause button and immaculate comfy couches, Asian-style karaoke is only as epic as the group of friends you bring with you. Improvisors are about as adventurous as people come. They take karaoke to a whole new level. All through the night, there were sudden bouts of rapping, dancing, falsetto high notes, and ad-libbed commentary. I couldn’t have asked for a better group of friends to hang with in a karaoke bar.