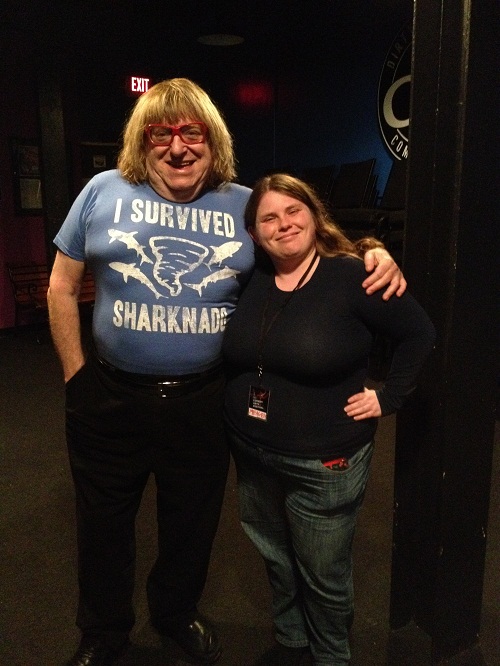 Snow is to North Carolina what oil is to water. You’re just minding your own business when this sticky crap comes out of nowhere and smothers you. You freak out for a bit. Then you realize there’s nothing you can do except endure it. Plus, it’s a bitch to clean off.

Things were pretty chaotic this past week. Cars were abandoned by the dozen. Buses got stuck going up hills. People endured epic 4-6 hour commutes. Raleigh even joined Atlanta in the Southern-snow-freakout meme category when some poor soul’s car caught on fire.

Keep all that in mind when I say that this snowtastrophe couldn’t have turned out any better.

Things were looking pretty bad when I was aiming to head home on Wednesday. I made it to the bus stop only to find out that the buses weren’t running. I was heading back to the office to weatherproof my stuff a bit better when a faculty member I’m friends with pulled up next to me in her SUV.

She offered me a lift home, but I insisted that she take me in whatever direction she was heading. I heard rumors that the buses were having trouble getting up the hill to my apartment complex, and I didn’t want anyone to get stranded on my account. She was heading to the Harris Teeter in Carrboro, which worked for me. Because of the comedy festival, I reasoned that some of my friends would be at the DSI comedy theater. At the very worst, my walk home would be cut in half.

There was no one at the theater. With Plan A scratched ut, I retreated to Carrboro Pizza Kitchen. They valiantly remained open until 4 o’clock. By then I found out that the Bruce Vilanch show for the North Carolina Comedy Arts Festival had been moved to 7 o’clock. So I marched over to Open Eye Cafe to kill one more hour before folks showed up at the theater.

One large presspot of tea, an art exhibit, a much-needed pee break, a few emails, and a hot chocolate later, I was at the theater helping folks set up for a show we weren’t sure was going to happen.

As you can tell by the picture above, Bruce Vilanch showed up. We did a sound check, prepped the house, and waited for ticket holders to show up.

A bunch of DSI company members who lived nearby or were stranded like me, made it to the theater (one guy drove six hours to get to the show), but only one person who bought a ticket braved the snow and ice.

It was a wicked awesome move. I’m disappointed that we didn’t get to see his standup material, but hearing Bruce tell stories at the dinner table was equally rewarding. It’s not every day you get to sit down over caramelized bacon cornbread and pick the brain of a Hollywood heavyweight.

His behind-the-scenes stories more than made up for the existence of the Star Wars Holiday Special–an abominable piece of Star Wars history that the Internet keeps on life support even though it deserves to flatline. Bruce admit he wrote it. As a writer, he said, you’re going to wind up writing some stuff that sounds great on paper, but is utter shit on stage.

If there was one thing I took away from the night, it was this: To make a living as a screenwriter, you can’t be too picky about assignments. But every crappy assignment has the potential to become golden standup material.

So thanks Bruce for being snowbound with us. The snowpacalypse just wouldn’t have been as special without you.