Come Laugh With Us 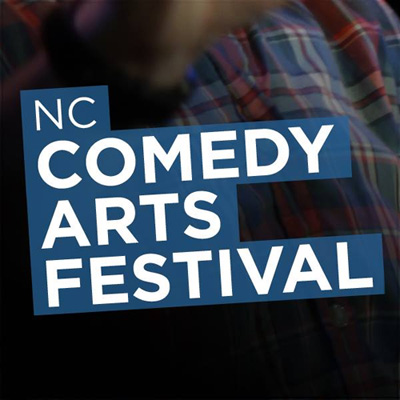 Laughter is an under-appreciated medicine. Joining the DSI theater company has played a big role in helping restore my self-confidence. And now they’re throwing a ten-day comedy jam for the whole state!

The North Carolina Comedy Arts Festival has been around for a while, but this year they’re doing something a little different. Rather than doing standup one week, sketch another week, and improv another week, everything will be mixed together in delicious melting pot of comedy awesome.

If you’d like a taste if that awesome, skip over to the NC Comedy Arts Festival website to see the schedule and order tickets.

I won’t be performing in this year’s festival. (Tragic, I know.) But my name can get you through the door for 20% off! Just enter the promo code MVOS20 to land your wicked awesome discount.* Most tickets are $10, but yours will be $8 because y’all are my pals.

For most shows, that price will get you an hour and a half of live entertainment THAT WILL NEVER BE SEEN AGAIN plus access to fairly priced beverages** and snacks. About the only way you can find cheaper entertainment is to stay home and watch re-runs of American Idol. And unless you have the flu, that’s just about the lamest thing you could do on a weekend.

MVOS20 gets you in the door for cheap. Buy tickets here. It’s that easy folks.

*The one show this magic won’t work for is Bruce Vilanche. Sorry.

**Not all venues will have booze. You’ll survive.