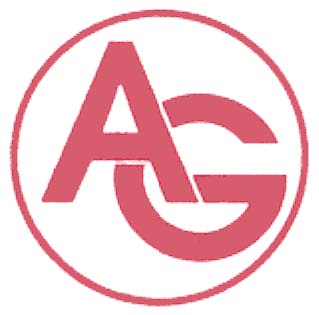 I have three days to decide whether or not I want to bother with my ten year high school reunion.

Our organizer set it up at a country club. The food sounds good and it’s a spiffy set up. She deserves every ounce of credit for pulling this together. So three cheers for Meredith, a leader through and through.

I’m currently still undecided as to whether I’ll attend. For one thing, I’m not inclined to take any vacation days off, especially when I don’t know whether any folks from my friend groups are going to be there. So that would mean arriving at a hotel around midnight or one in the morning before the reunion.

Yet I would be able to sleep in plenty and perhaps drive through the old town a bit before heading to the actual reunion, so the drive isn’t the best excuse. Reconnecting with old high school contacts might also have unexpected career benefits as I have no idea what most of them are doing these days. You can only derive so much from Facebook.

But the big question, the rather vicious elephant in the room that is staring me in the face with raised eyebrows and a snarl, is do I want to go on this voluntary trip down memory lane?

High school was not one of the best periods of my life, and that is mostly because I was a super-late bloomer when it came to my social skills. A lot of my memories from high school don’t just make me want to cringe, they make me want to put my head through a wall.

If you really want an idea how un-self aware I was, ask to see some of my pictures from those days. And be prepared to pay a lot of money to make it happen. Let’s just say I’m immensely thankful, to the point of offering a limb to Fate in gratitude, that I went to high school before Facebook caught on.

I’m not sure I want to spend a whole evening being reminded what I clueless dumbass I was.

Also, it’s hard not to come to a reunion without feeling like you’ve squandered your potential somewhat. I imagine everyone feels that way to a certain extent. But there will be people there who are married, who have kids, who have done things since high school that they can point to and be happy with. I, however, am not quite happy where I am just yet. I’ve got an awesome job, a great apartment, and live in a great town full of wonderful people. But I also dropped out of my PhD program, haven’t had any romantic relationships outside of a few flings (the longest of which lasted three weeks), gained all the weight back that I lost in college, and while I have a growing pile of rejection letters, none of my writing has been published yet.

Oh, and if you can’t tell, I’m still working on that whole self-esteem thing. Kinda got derailed by my last job.

I’ve never had social “accomplishments” to point at, so professional ones are very important to me. Because no matter what dumb things I did socially, I could always point to my work and say, “But I’m good at that.”

I guess my ego wants something to point to, something concrete to say, “Look! I’m not the socially maladjusted fat slob I was in high school. You people were WRONG to make fun of me.” And I don’t feel like I have that yet.

High school wasn’t all bad. Being on stage crew was great, the library was THE most awesome place to be, and lacrosse was much more fun than I ever expected it to be. If I time traveled back to middle school and told my younger self that I would be playing a varsity sport in high school, she would laugh me out of the classroom.

There were good people too. My best friend from high school is wicked awesome and was much better to me than I ever deserved. A lot of the other “gifted” kids were a great group who would be good to see again. My teammates and many of my bandmates would be a sight for sore eyes too.

Got three more days to weigh the pros and cons. My current feeling is that I’m really not interested in another opportunity to be super awkward around these folks. Give it a day or two. That sentiment might change.