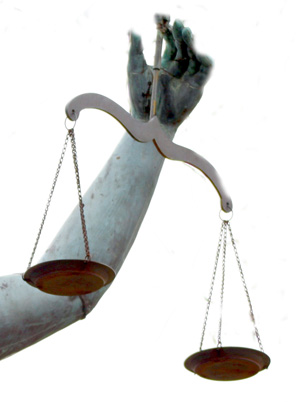 Crafting a daily routine that involves exercise, writing, and eating food that doesn’t come out of  a microwave box shouldn’t be hard. But it is.

I kind of let myself go when I first moved back to North Carolina because the environment at my last job was so stressful and drama-filled that I just wanted to coast for a while.

I was ready to stop coasting two weeks ago, but then the whole women-plan-Fate-laughs thing happened and I woke up with a fever the day after I wrote that post. These delightful surprises are what tend to happen anytime I start finding some semblance of balance in my life. Like many people, I sometimes imagine Fate as an Indian Empress lounging on a silk-covered chaise next to a pool that shows her the world at large, being fanned and fed by devoted slaves as she concocts nefarious plots to mess with my life.

“Oh look! Meagen went a whole week without eating junk food. Let’s place a box of Sugarland cupcakes at the church picnic. Make them the big ones too.”

“Meagen has exercised every day for a month? How long has it been since we gave her a back spasm?”

“A man gave Meagen a compliment? Quick! Give her a migraine so that she looks like an awkward antisocial buffoon!”

Okay, maybe I’m the only one who imagines Fate in that specific fashion, but I’m definitely not the first person to think that she’s plotting against me.

Yet as much as Fate enjoys screwing around with me, I know there are worse things she could spring on me. And I’ve also learned that setbacks are just setbacks, not the end of the world. If I let them get to me, I’ll only prolong them and drag myself into an extended slump.

I’d rather eat carpet tacks then get stuck in an extended slump.

(Note, the prior sentence was not meant to be taken literally. It is merely an illustration of how much I dislike being unproductive. I don’t even know what a carpet tack looks like…)

Setbacks still have consequences though. The biggest consequence for this April setback was that I didn’t meet my goals for Camp NaNoWriMo. I’m also somewhat behind at work due to having to take time off whilst being sick. Both of those things make me disappointed with myself.

But at the same time, the month wasn’t a total loss. I’m exercising again. Swim practice is working out really well and I intend to keep going. I’ve also kind sorta been taking this improv class at DSI comedy theater, which is a promising new source of friends and fun. More on that in separate post.

I’ll aim to have at least a couple more posts up this week. Got quite a few things to talk about: customer service, how I still love my state despite idiot politicians, and I suppose a cat photo or three. No promises though.

Bear with me. I’ll find my balance eventually no matter how many times Fate tries to throw me off.