Disco has a talent for inhaling his food. One that I’ve futilely tried to discourage over the years. Dropbox, it turns out, has a similar talent.

I had been wondering why it was so difficult to get my netbook (which is old and has less memory than a twig) to run Scrivener. Then I discovered the reason was that Dropbox was running in the background, eating up more memory than my poor netbook could spare.

This screenshot is from my desktop, which can handle five-figure memory processes. On my netbook, anything above five figures has crash potential.

So the solution to the constant crashing was simply to change the On/Off switch of Dropbox from automatic to manual. All you have to do is right-click the Dropbox icon on the bottom of your screen, go to “Preferences,” and uncheck the box that says “Start Dropbox on System Startup.” 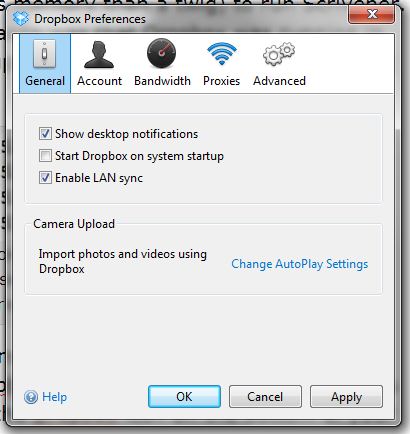 This is not the best solution. Ideally I would add more memory to my Netbook. But anyone who’s ever taken a laptop apart understands that adding memory to a netbook can be a real pain in the ass, especially if you don’t have the right tools. Perhaps I’ll take it to our local hackerspace and see if anyone can help me out. But I’ll probably wait until I have some money saved up to buy a new netbook if I muck this one up.

For now, Dropbox only chews up memory when I tell it too, making making my netbook a LOT more cooperative. If only I could get my cat to stop eating on command.