A Simple Approach to Dating: Friends, Foes, or FBs 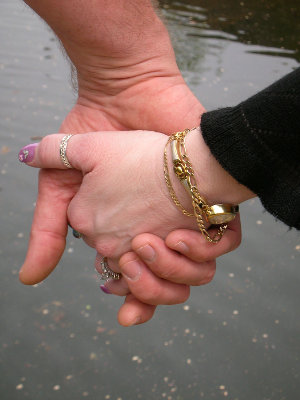 I’ve gotten plenty of dates through the Internet. But no boyfriends. Of the men I’ve had intimate relations with, I didn’t meet a single one through OkCupid or eHarmony.

Why could this be?

Because I think the Internet makes us believe that every connection should be instant, that intimacy should be obtained within a few clicks of the mouse and the first thirty seconds of a date. The Internet has sold us a story of love at first sight that people feel compelled to pursue and has made them believe that anything less would lead to a loveless existence.

This paradigm doesn’t suit individuals like myself, who prefer a slower pace. Instant friendships are very rare for me, and instant romances are essentially nonexistent. Why? Mostly because it takes time for me to relax around someone who I think is really attractive/cool/wicked awesome. And because it takes time for me to get myself together, many people don’t get an accurate first impression of me. They think I’m an awkward, babbling idiot all the time, not just when I’m within range of their aura o’awesomeness.

Two dates just doesn’t cut it. But that seems to be all that people are willing to dish out these days.

In my perfect world, both parties would agree to a three date minimum. That would remove the awkward ritual of playing chicken via the phone/email/text after the first date to see who contacts who first. It would also provide some reassurance to both people by empowering them with the knowledge that they have three shots to impress the other person. Also, exceptions would be made if either party felt unsafe during a date.

After these three dates, both parties would write one of the following on a piece of paper: friend, foe, or fuck buddy. I say “fuck buddy” mostly to preserve the alliteration, and also because I think pulling out the labels “girlfriend” or “boyfriend” within the first month of courtship leads to unreasonable expectations. Both parties would unfold the paper at the same time for the big reveal, and then they would either continue to enjoy a drink together, draw lightsabers to start a battle to the death, or head to the nearest CVS for a box of condoms.

Too bad reality doesn’t work that way. It could though. I’m going to a speed dating event this weekend. If there’s a man who catches my eye, I might propose something to him along these lines.

If I can form a coherent sentence that is.