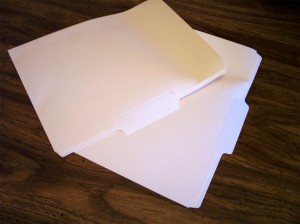 Because I have a cold, I needed something short to ramble about. I’ve decided to start a little feature I like to call the OBV Files. We’ll see where these things go, but the initial plan is to describe things that a person of average intelligence should know or be able to figure out, yet somehow they have succeeded in making my brain do a tap dance of confusion.

Hopefully, what you’ll get out of these posts is a good laugh or a chance to learn something new.

The laugh is more likely.

Anyhoo, the subject of today’s post is Facebook Pages. They’re not the same as Facebook Profiles. It pains me to admit that it took about an hour and a half of my life to figure this out.

Because I was playing around with scheduling tweets last week, I decided I might as well investigate the possibility of scheduling Facebook posts. I’m all about “set it and forget it” features, and I was thrilled to discover that Facebook had recently added a scheduling feature. And the instructions were super simple!

Or so I thought.

All you got to do is click the clock beneath the text box in the status bar. You fill in the year, then a month box appears and you fill in the month, and then the day and the hour and the minute you want your post to appear. Easy.

Of course, when I went to use the clock on my page, it would only let me fill in the year, month, and date. It REFUSED to let me to set the hour and time, no matter how many times I clicked the blasted button. Even after I logged in, logged out, and tweaked my settings, the promised hour and minute boxes failed to appear.

I did a Google search to no avail. It seemed that no one else in the English-speaking parts of the Earth was having the same problem as me. And it was only after I wrote a disconcerted email to Facebook’s bug report system that the answer leaped out of the computer screen and gave me a big ol’ jab between the eyes.

My Facebook “page” is not a Page, it’s a Profile. And any person who has dedicated even a fraction of their brain power to social media (which likely includes five year-olds these days) would have known the difference.

Once I realized that I probably made some Facebook programmer roll her eyes for the umpteenth time, I investigated what acquiring an actual Facebook Page would entail. After all, I gots this here fine blog to promote. I found that I can transform my personal profile into a full-fledged page, but the kicker is that I wouldn’t be able to transfer any of my old page data to the new one. I would be starting from scratch.

I think I’ll come back to that question once I start publishing stuff. In the meantime, I’m wondering why the heck Facebook even included the clock feature on personal profiles. Considering that each post is given a date stamp, that feature seems more than a little redundant to me. Perhaps one day it will evolved into a full-fledged post scheduling tool.

I can only hope.