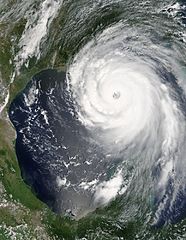 Sandy is an enigma. Scientists, despite all their convoluted computer models and fancy equipment, have no idea what to make of her.

As Sandy bears down on DC, my most recent home, and Avon Grove, my childhood home, my thoughts are mainly on the well-being of my friends and colleagues. But I can’t help thinking back to 2005 when another storm that threw meteorologists for a loop popped up on the radar.

Her name was Katrina.

I have family ties to New Orleans. When the storm turned toward the city, I heard through the family grapevine that my aunt and uncle were heading to Texas, and that my grandmother was being evacuated as well. But even after I learned my loved ones were safe, I kept hitting the refresh button on the CNN homepage and praying for the Big Easy.

That rage was primarily directed at the politicians, who seemed more worried about who would be blamed for mishandling the evacuation than actually helping people on the ground. I admit that there was no way anyone, from the average citizen on up to the Federal Government, could be 100% prepared for a disaster on the magnitude of Katrina. Yet I still feel that if someone with a spine had stepped up, fewer funerals would have been held in NOLA. 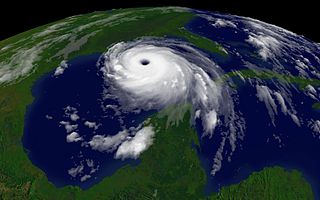 So far, it seems that the lessons learned from Katrina have sunk in. With Sandy on track to rip through a swath of major cities on the East Coast, elected officials aren’t taking any chances. Evacuations are being ordered. School is being canceled. Public transport is being shut down. Atlantic City has even closed their casinos for the first time in decades.

Whether these precautions are warranted, we’ll just have to see. The scientists are no doubt sitting on the edge of their seats, eager to see whether Sandy will swallow two other storm systems and turn into a Frankenstorm that will ruin Halloween for adults and kids alike.

I’m happy that our State and Federal Governments are being more proactive. I’m happy that people are being serious about this threat. And I’m even happy that scientists may get enough data to fuel meteorological publications for the next decade or so.

Still…I have to wonder…how things would have been handled if Katrina struck during an election year.