So Long City of Dreamchasers 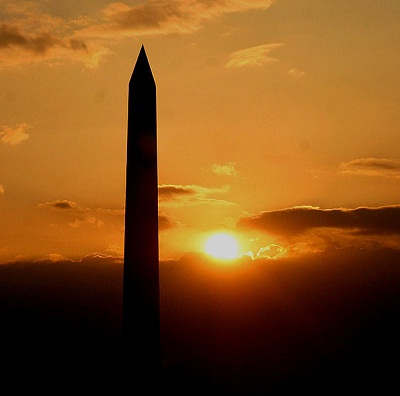 It’s hard to stare at an empty apartment and not be emotional. You’ve been good to me in many ways. And downright nasty to me in many other ones.

Okay, so a fair number of the supremely bad experiences I’ve had here were the fault of one of your neighbors (I’m glaring at you College Park). But DC, you got a long way to go when it comes to the functionality and punctuality of Metro, your rush hour is the nightmare that other city rush hours wake up from drenched in sweat, and despite your ridiculously high rents, people trample over each other to be first in line to throw down a check for a $2,000-a-month Dupont Circle studio the size of a pantry closet.

Yet, despite your faults DC, you’re a city full of dreamchasers, and for that, I will always respect you.

Many come to you DC to pursue what should be a simple dream: a stable job with steady income and health benefits. That dream is unfeasible in other parts of the country, thanks to the current economy, but you are booming DC and always starving for talent.

And because you hasucks insatiable hunger for talent, other people roll into town with much more ambitious dreams. They plan to become a champion for a cause, kickstart a career in politics, or overhaul the status quo, securing their spot in history books. You rob these people of their youthful enthusiasm quickly DC because, honestly, your government is a tangled mess of bureaucracy and backscratching that is so baffling, intelligent individuals often don’t waste their time trying to understand it unless someone is compensating them well to do so.

But DC Dreamchasers are tough people. They take each setback in stride, and come back even stronger than before. They are smart, energetic people who pursue their dreams, whether simple or complex, with a tenacity that I have yet to see anywhere else.

All these folks are invigorating to be around, and I’m going to miss them.

My DC Dream was simple. I wanted to kickstart a career in science writing, and I’m happy to say that with hard work, and the help of several wise mentors, I’ve accomplished that goal. It came with a price. I’ve depleted my savings to live with your high prices DC, and the stress I’ve endured to get where I am now has undoubtedly chopped a few years of my life.

I still wonder, standing in this empty apartment whether I tried hard enough. A part of me still thinks that I could have made a life here with you DC.

But my dreams have morphed into something new, and ultimately I came to the conclusion that the stress of living and working near a huge city would work against me.

Typing those words is a little weird because I rarely thought of you as a city DC. Perhaps it was the lack of skyscrapers, the abundance of trees, or the bizarre traffic patterns that were likely crafted after the founding city planners had a few too many beers. You have a distinct homey feeling DC, and only on rare occasions it would occur to me that I’m working a few short blocks from the White House in the Capitol of the United States of America.

DC, I chased my dream with you as long as I could. But my dream has ultimately led me back to North Carolina. Thank you for the knowledge you have given me, the hard lessons you forced me to learn, and for the inspiring people you have brought into my life.

As for your ridiculous cost-of-living, that I won’t miss — at all.