Meagen Does Improv Comedy: What The Hey? 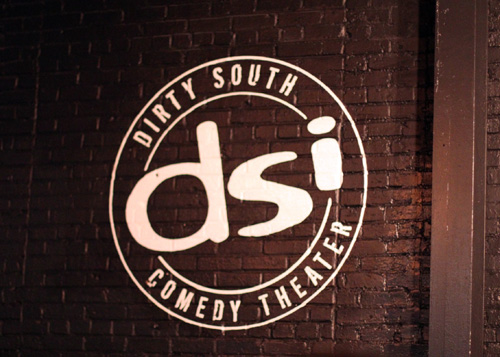 If someone had been taking bets when I was in high school about what hobbies I would have in my adult life, I’m certain most folks would have put money down on writing. But no one would have cast even a single penny into the pot for improv comedy.

Yet here I am– a newly minted company member of the DSI Comedy Theater.

Like most people who find themselves in places they never expected themselves to be, I stumbled into improv after a major confidence crash. I flubbed a phone call with a reporter who decided that lunch time would be an excellent time to conduct a rapid-fire interrogation. I knew the facts, I knew the answers, and I knew she was recording me, but the words in my mind were running in circles so fast that all I could manage was a jumble of assorted “uhs” mixed with some of the medical jargon I unintentionally absorbed from the faculty.

The quote she attributed to me was fine. Still, I knew I could do better. I just needed more practice thinking on my feet. So I busted out the credit card that day and signed up for Improv 101.

I honestly don’t recall what I was thinking about when I walked into the theater for the first time. My experience of theater has primarily been from behind the scenes. I’ve designed lighting schemes for shows and set up sound systems, but my onstage experience was pretty much limited to a handful of middle school plays, a musical or two, and an assortment of band/choir concerts. Based on all those experiences, one of the things I wasn’t expecting was for an improv class to be so…positive.

Acting tends to invoke ego, and my memories of theater involve flustered directors, pompous actors, and endless criticism on a relentless drive towards perfection. I guess I was expecting my improv teacher to correct us more, perhaps even to shame us a bit on stage. But the thing about improv is that “perfection” is a moving target. Honing technique is key to good improv, yet there are no lines to memorize, no marks to hit, or props to juggle (usually), so achieving a “perfect” performance is impossible.

I liked that. I also liked the fact that unlike some other activities I enjoy (reading, singing in choir, consuming fine whiskeys), there are quite a few people around my age in this theater. Not that I don’t enjoy spending time with my elders and sharing hobbies with them, but lately I’ve been feeling the need to hang out and meet more folks who are at my stage in life. And because we have “office hours” (read:happy hour) after each class, improv has been a great way to get to know other young folks who live in the area.

Several months later I’m in Improv 301, and I’ve landed a spot in the company. DSI believes in cultivating talent in bulk, so everyone who auditions pretty much gets a spot on a team. The more advanced teams perform the weekend shows while the newbies share the Thursday night show slot.

I’m part of the short-form incubator squad, which means I’ll be learning how to perform the Slam shows. I’m not sure short-form is where my comedy heart lies, but the people on the team are a fun group, so there’s nothing to lose really.

I didn’t expect to be an improviser and I don’t know where this is going. For my writing, I have plans and schemes about how I hope to get published. But for improv, all I know is that I’m going to get to hang out with a bunch of really cool people and be funny together.

Perhaps I should write that reporter a thank you note…