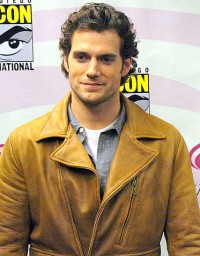 I’ve never been much of a Superman fan. I’ve always preferred superheroes with more, erm, humanity, which is probably why I largely gravitate toward the Bat family and the X-men. Despite their superhero powers, they have Earthly origins that I can relate too.

This film did a better job of making Henry Cavill’s Superman more relatable than any of the previous attempts. This journey to find truth made him more human-like than any of Superman’s previous film incarnations. Cavill’s performance was also anything but stiff, which is always a danger when playing an embodied American ideal in tights.

Besides Cavill, Amy Adams made a wonderful Lois Lane who was arguably more involved in the action than any of her save-me-Superman predecessors. Some argue that her agency diminished as the film progressed, yet I would like to point out that unless Lois suddenly developed Kryptonian superpowers, there wasn’t a whole lot she could do to help Superman beat up Zod.

Speaking of Zod, Michael Shannon did as good a job as one could do playing a destiny-obsessed maniac who can’t count. He was ultimately upstaged by his second-in-command, Faora, who kicked Superman’s ass without even breaking a sweat. I could dedicate a whole post to her and I will.

The only actor I could do less with in the whole film was Russell Crowe. It has nothing to do with his performance, which was pretty decent, but with the fact that his character, Jor-El, was the source of most of the backstory that weighed the movie down. Superman has always been guided by a holographic version of his father, but the annoying thing about having a “sage” explain everything is that they annihilate mystery–they leave us with little more to learn about a main character or than will he/she have what it takes to defeat the bad guy. And when it comes to Superman, we already know the answer to that question.

Despite the backstory bloat, the film was awesome. I would see it again, and no, not just for seeing Cavill shirtless on the oil rig (though it is nice to see some fan service for the ladies for once). I would watch it again for the acting, the beautiful portrayals of Krypton, and to see a conflicted, compassionate Superman who was re-envisioned just right for our time.