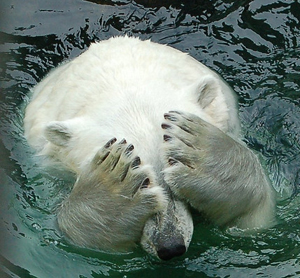 If I lose NaNoWriMo, I’m totally blaming it on Tony Harris.

Probably not. But I can at least blame him for yesterday’s dismal word count.

You ask, who is this Tony Harris? And why is he diverting words away from Meagen’s future best-selling novel?

He’s the one perpetuating the sexist belief that women wearing revealing costumes are attending cons purely to taunt desperate fanboys.

He’s not alone in his opinion. Other people have claimed that these ladies are posers, and there was even a despicable meme that grew out of it.

And they deserve every bit of humble pie they are being served on Twitter. Seriously, in an entertainment industry that (until recently) has largely been driven by male fantasy, why are these guys surprised that women show up to cons in form-fitting outfits? Many female characters in fantasy and science fiction are overly sexualized because that’s what the core of the geek fanbase has been clamoring for. YOU GOT WHAT YOU WANTED. Why on earth are you COMPLAINING about it?

I suppose it is somewhat of a relief (on an atomic level) that these guys are vetching about the fact that women are showing their bodies off more than they are showing off their brains.

Ah, but if these women tried to sport their smarts, if they tried to go head-to-head with these so-called gatekeepers of geek culture, they wouldn’t be viewed as peers. Not without having to do double somersaults with a half-twist through some extra hoops.

Because even in 2012, women continue to be discouraged from asserting our intelligence and opinions unless we are deemed A) attractive, B) innocent (read, not sexually active), or C) unthreatening to white-male dominance. Women who don’t fall into one of those categories have to work extra-hard to earn respect, and even those who do have to put in additional effort to be taken seriously.

Women shouldn’t need a DD bra size and a broomstick-thin waist to be vocal about their passions. And women who do have those proportions shouldn’t be accused of abusing their beauty to convince men that they’re experts on the subject material relevant to their chosen career or hobby.

As a rule, it should be acknowledged that women are capable of making choices that don’t revolve around satisfying the desires of men; that they are capable of pursuing dreams and passions independent of their sexual preferences, and that they can achieve them based on their own merit and hard work, not boob size.

And if a woman’s particular passion IS to satisfy the desires of men, she shouldn’t be disparaged either. Men who slut-shame women who provide fanboys with real-life versions of the eyecandy they consume in comics, like Mr. Harris, deserve every bit of new-asshole-tearing criticism that comes their way.

When I started this blog, I honestly considered focusing entirely on neutral topics that wouldn’t make much of a splash on the internet. That inclination largely stemmed from my journalism training, in which I was strongly encouraged to excise bias from my mind as though it were a brain tumor.

But witnessing how easily people like Mr. Harris can popularize their abhorrent (and twisted) views of the world in the bubble of anonymity that is the Internet has convinced me that I can’t just sit by and watch abominable opinions being perpetuated without being challenged.

Can I take on troglodytes all by my lonesome, and will I dedicate every post of my blog to doing so?

Uh, no. I got better things to do.

But I will join the chorus of folks who are demanding intellectual integrity and civility in all forms of discourse ranging from debates held at dinner tables to arguments fought in obscure chat rooms hosted in Zambia.

I’m a woman, I’m a geek, I’m unapologetically intelligent, and I’m sure there are some men out there who find me pretty damn attractive despite what malicious people have been telling me my whole life.

I’ve got an ego, and I should be allowed to have one without people tying it to my vagina or my bra size.

And even women who do tie their egos to their appearance, shouldn’t be subjected to misogynistic attacks by sexually frustrated juveniles masquerading as adult men.